Etikettarkiv: The Crown & the Arrow

The Wrath and The Dawn short novellas

Titel: The Crown & the Arrow

Handling: Seventy-one days and seventy-one nights had come and gone since Khalid began killing his brides. This dawn, Khalid would mark the loss of the seventy-second girl, Shahrzad al-Khayzuran. Khalid didn’t know how many more of these dawns he could take. And there was something about this latest girl that piqued his interest. Not only had she volunteered to marry him, but at their wedding ceremony, she had seemed not the least bit afraid. In fact, what he had seen in her eyes was nothing short of pure hatred. She was about to lose her life. Why wasn’t she afraid? Why did she hate him so? He had never before gone to his wife’s chambers before her death at dawn. Tonight would be different. 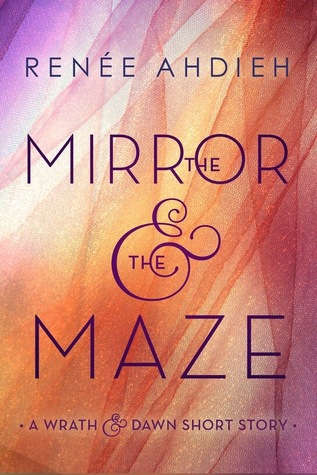 Handling: The city of Rey is burning. With smoke billowing, fires blazing and his people fleeing, Khalid races back to defend his city, and protect his queen. But Khalid is too late to do either. He and his men arrive to find the city in ruins, nothing but a maze of destruction, and Shahrzad is gone. But who could have wrought such devastation? Khalid fears he may already know the answer, the price of choosing love over the people of Rey all too evident.

Omdöme: This short story was very short, but it gave a glimpse into what happened after the events of The Wrath and the Dawn from Khalid’s point of view. I was happy to keep the action and romance going, even if only for a little while! I would love to read more from Khalid´s PoV asap! (well i know Ahdieh has not written anything more from Khalids Point of View if i am right, but i can pray that she do that)